March 23, 2019
Peatland protection and restoration seem to be one of the most important environmental themes of President Joko “Jokowi” Widodo regime, especially following the 2015 forest fire. However, with the election less than a month, we need to make sure that the important and critical work around peatland is carried forward and upscaled.

As we know, the massive forest and land fires of 2015 that paralyzed important cities in the region and led to health concerns, awakened the government to the importance of peatland restoration and protection. In response to the fires, Jokowi has since rolled out various measures to protect the carbon-rich peat forests.

One of these measures was the establishment of the peatland restoration agency, known as BRG. The agency led the nationwide efforts to restore degraded peat forests. Jokowi also announced a moratorium on the draining of peat swamps, issued an anti-haze regulation, and asked companies to conserve peat areas within their concessions. In 2016, this regulation was followed by an instruction from the Ministry of Environment and Forestry on how the companies should comply.

But why is peatland so important?

Indonesia’s peatland area is vast, yet there have not been sufficient studies to measure the region. The most recent research in 2011 estimated that peatlands in Indonesia cover 14.9 million hectares area, almost as big as the Kingdom of Cambodia.

However, peatland is out of sight, out of mind. It has not been successful to win over the people’s hearts for protection.

A study from last year estimated that Indonesia’s various peat-protection policies could lead to US $5.7 billion in economic losses. Those losses arise mainly from the pulp and palm oil industries, who are now obliged to conserve and restore peatlands that fall within their concessions.

This study failed to calculate the externality of the industries draining the peatland, yet it’s technically almost impossible to stop the forest fire with dry peatland area. The World Bank estimated that the forest fires, exclusively in 2015, cost the country $16 billion in losses just from the disruption to economic activity. That is more than double the estimated economic losses in the first study.

Indonesia harbors some 36 percent of the world’s tropical peatlands, which store up to 20 times more carbon than non-peat mineral soils. These tropical peatlands are able to store 2,600 tonnes carbon per hectares (tc/ha), compare to 400 tc/ha each for trees and leaf litter as well as roots and soil combined in Brazilian Amazon.

Carbon capture aside, tropical peatland also houses the most diverse biodiversity. The large peat deposits that formed beneath rich tropical rainforest support numerous globally threatened species, include 45% of mammal and 33% of bird species under IUCN red list status of near threatened or higher.

Research specifically in Sebangau tropical peat swamp area, found a range of diverse species such as 215 different types of tree, 92 non-tree flora, 73 varieties of ant, 66 different butterflies, 297 various arachnids, 41members of the dragonfly/damselfly family, 55 species of fish, 11 different amphibian, a range of 46 reptiles, 172 different birds and 65 mammal taxa. These lists include 46 species which are considered to be globally threatened by the IUCN, 59 species listed as legally protected in Indonesia, and 22 vertebrate species that are endemic to the island of Kalimantan.

Yet tropical peatland is one of the most threatened areas, particularly in Southeast Asia due to unsustainable agricultural practices. Draining the peatland is often seen as the easiest way to provide land for palm oil cultivation. A dry peatland will release the amount of carbon it stores (2,600 tc/ha), plus more when it gets burned; this is how Indonesia became the 4th largest emitter of carbon in the world in 2015.

However, wet swamp is not enough to deliver good ecosystem services. We need rich and good quality peatlands. This kind of peatland can only be achieved if we leave the peatlands alone, no matter how shallow they are, because all peatlands are connected, all ecosystems are connected.

Hence, it is important to make sure that both of the presidential candidates care about peatlands and their biodiversity. Because even Jokowi’s policies on peatland are far from perfect.

Today, reach out to both of presidential candidates and their team, tell them “In this moment of 2019 Earth Day, under the theme “Protect Our Species”, I want you to think about our peatland, the home to rich biodiversity and species. I want you to think of how you would protect it if you are chosen as our next President.”
lingkungan opini 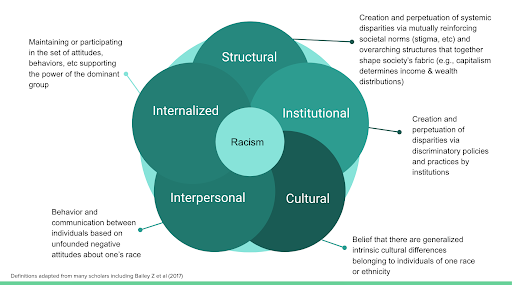 It was a sun shiny morning with blue sky by the beach. The premise didn’t provide enough sitting area, so I had half of my paella standing before randomly sat on the floor behind one of the counters. We finally found an empty table as we ordered oysters and two glasses of sparkling wine. A friend and I just finishing our fresh oysters and decided that the table was exposed to the sun. It was too hot to sip our sparkling wine there. So I poured the rest of my wine in my reusable cup. I am pro mask, I think everybody should wear mask and other precautions during this pandemic. I am diligent about my mask. That morning, I took off my mask as I drinking my wine from the straw of my cup. I mean, I literally couldn’t drink and eat with the mask on. I was also in a really good mood because a beautiful lady just give me a compliment. As I walk giddily, sipping my wine, a security guy approached me. He was so stiff and unfriendly. He shouted while pointing at me “WEAR YOUR MASK!” in an unnecess
Read more